John Silva (-90kg) went undefeated through the finals where he squared off against an older athlete whom ultimately defeated him and John had to settle for silver. Also competing the in the same divison, Lewis Donnelly earned himself a bronze medal.

Devin Leggett (-73kg) started his day off with a loss in his first match. After a "pep talk" from Coach Travis Stevens, Devin went on to win the next four matches. He then lost in the round to get him into the finals. Devin settled for bronze. This is his best IJF result to date.

Competing at the IJF Grand Prix in Cancun was Jack Hatton (-81kg) and Kelita Zupancic (-70kg). Zupancic fell in the first round to Brazil thus ending her day early. Hatton scratched and clawed his way to the quarter finals where he lost to the eventual silver medalist from Canada. He faced off against the very experienced Victor Penalber from Brazil in the match for Bronze. Hatton fought very aggressively during the match however, due to a controversial score for the Brazilian it ultimatly cost Hatton the match and he had to settle for a Fifth Place finish.

2012 & 2016 US Olympic Judo Coach and Head Coach of Team FORCE / Pedro's Judo Center Jimmy Pedro said, "Kelita has been suffering from back spasms all week but decided to give it a go in Cancun. She controlled and dominated the Brazilian during the regulation period and was winning by 2 shidos; but, in golden score she got thrown with a drop seionage for ippon. She will head into the worlds as the #6 seed in the world. "

Pedro continued, "Jack competed very well and gained some voluble experience in Cancun while also fighting for his first ever Grand Prix medal. Jack dominated the Israeli in his first match eventually pinning him for ippon. He lost his second match against the Canadian by Shidos for passivity. He came back through repechage and beat a tough British boy by a penalty in Golden score. And for the bronze he lost to world medalist Penalber from Brazil in a highly contested battle that Jack lost in the very end with just 15 seconds to go. Jack improved his world ranking to #23."

Andrew Jacobs competed in the -100kg division falling in the first round to Great Britain. This was his first tournament in over a year. 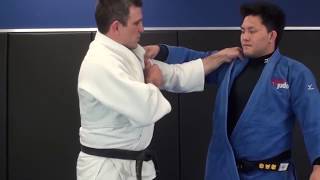 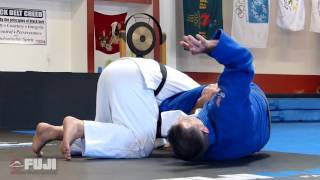